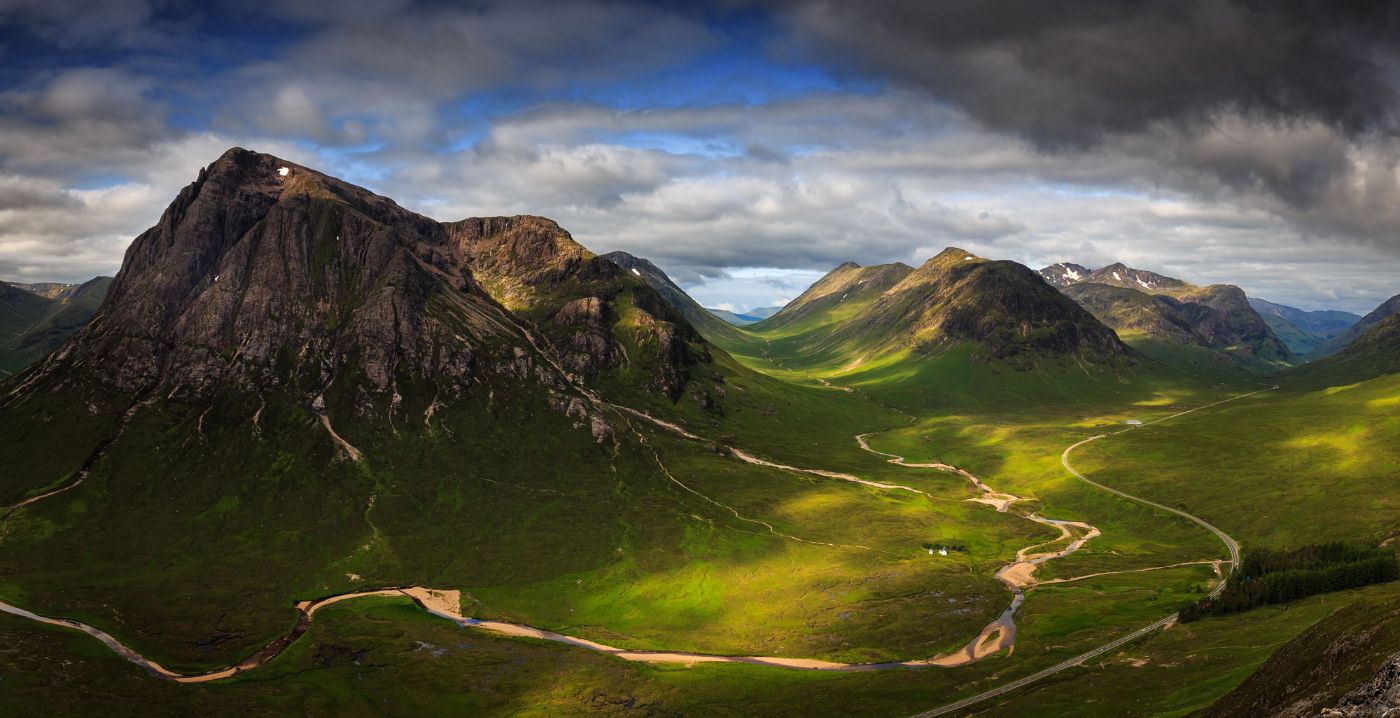 Walking in Scotland means mighty mountains to conquer and plenty of forest paths, coastal walks, and city routes to wander. So if it's a walking holiday you want, or simply an afternoon's ramble, you're definitely in the right place. What are you waiting for? It's time to explore one of Scotland's best assets - the great outdoors.
The highlands of Scotland exist of many mountain ranges and include the highest mountains in the British Isles. Each area and mountain has its own characteristics. And while certain places in the Scottish Highlands are often used by the military and top expedition teams for training under some of the toughest conditions, there are many other areas that are easily accessible for all ages and abilities.